SP-TL spécialité anglais « Should we keep on commemorating the two World Wars? »

Should we keep on commemorating the two World Wars?

In our teenagers’ minds, the World Wars can seem an eternity ago. Even though we don’t remember those wars, we have heard of them so many times. Maybe it was in history class, in books, in a movie or just by talking to our family. We can see that those wars are not forgotten and they should never be.

Those wars represent what could go wrong. They were a direct consequence of the mistakes of our society and they should be remembered as examples of what the worst part of humanity is. So it is important that both World War One and Two should never be forgotten.

There should always be a part in everyone’s mind that knows what those wars did and why it happened so that we don’t make the same mistakes again.

But it is also important to keep remembering the World Wars for the memories of every soldier that had to go fighting. Some were young, some were not. Some were willing to fight, some were not. Despite those differences they all had something in common : they had to leave their family and friends to go and fight and they all saw horrors nobody should have to see.

It is important to keep the memory of those soldiers, because we owe them a lot. And out of respect for them, the World Wars should never be forgotten.

That’s why ceremonies like the ones in the big cities of Europe, are important to remember the wars. They keep the soldiers « alive » and help those who were hurt by the war to heal. 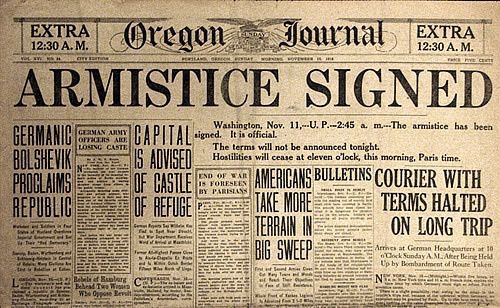 The world wars aren’t just wars. These two wars made our past, they forged us, not only are they part of culture, they also had an impact on American and Australian ones and other countries as well. Some people may think that these two events are part of the past and that we should stop commemorating them, but on the contrary, we should never forget about them.

To begin with one of the most important reasons why we should never forget about the two world wars is that hundreds of thousands of soldiers and officers died during these, to let us live freely, to let us have our own country and be proud of it. Those soldiers are our ancestors, they are our grandfathers and great grandfathers, how could we ever forget about them ? After what they did for us ? They are our heroes, we all have a hero in our family, so let’s be proud of that !

Moreover, these wars are called « world wars » for a reason : if not the whole world was involved, at least the major countries at the time were. America took part of it, Australia came along, some African countries during World War I, France, Germany, the United Kingdom, Russia and many others. None of these nations can forget about such wars.

These wars were also the triggering « elements » of the foundations of a lot of international organizations, such as the European Union, NATO and many others. World War I and World War II are linked too and they should remind us that such tragic events happened not once but twice so we should avoid making the same mistakes blowing up all the alliances our countries have made with each others.

To conclude, I would say that that there are thousands of reasons why the two world wars should aways be remembered but the one that will always  be the most important to my eyes,  is that some people gave their lives so we could have one, or at least be free all our life and we should always be thankful for that. So let’s keep having ceremonies to honour those who have made sacrifices for us and we shall never forget.